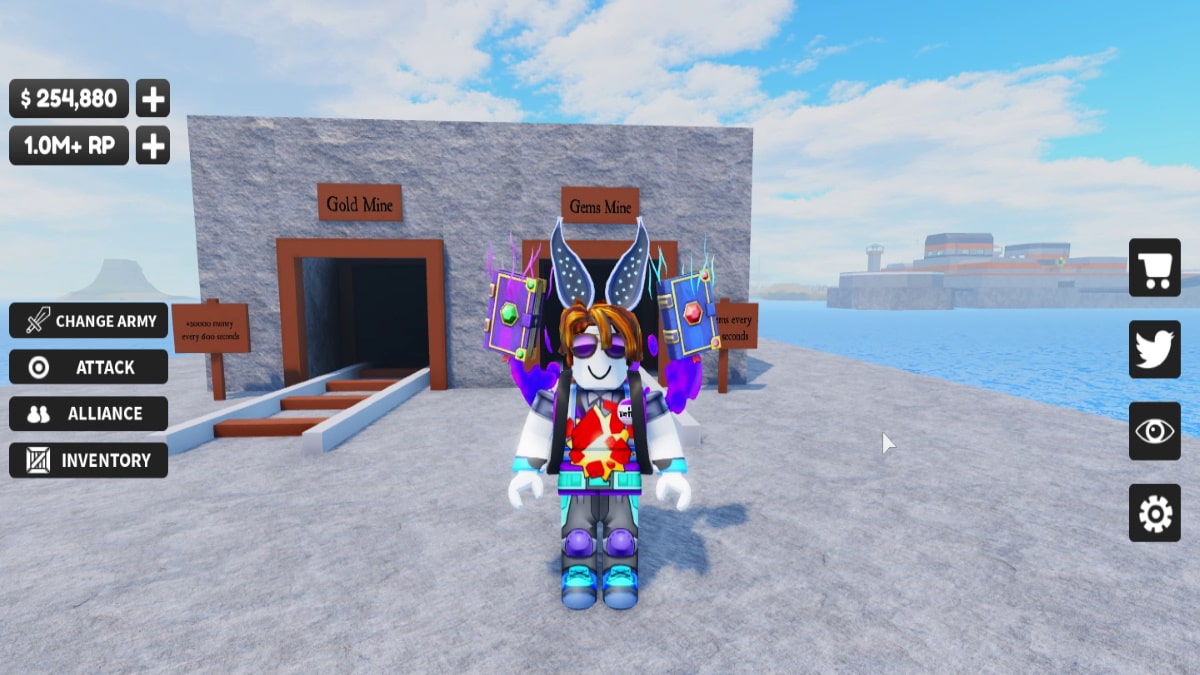 In the new game update, the creator of “Noob Army Tycoon” The MLG Gang group has released a new game map with lots of new locations. In this game update, they introduced a new mining location where you can mine lots of free Gold and Gems which will work as a virtual currency in the game. The Gems and Gold can be used to buy in-game pets, hats, and crates. You can find this new location just beside the large noob statue.

Firstly, reach the mine location by using a boat as you see in the given picture. Now jump on the plane platform and look out for two blue color buttons.

Now go near these buttons and buy both gold and gem mines. Both the Gold mine and Gem’s mine will cost you about 10,000$ Money & Research Points. After that, buy a Gold miner for 20,000$ money and a Gems miner for 40,000$ Money. While you can buy more miners but they will cost you about 80,00,000$ Money. So first collect enough money and then try to buy them or read our Roblox Noob Army Tycoon Game Guide for more information.

After setting up both mines, you need to buy a “Mine Port” for 2500$. The mining port will very helpful to transport your gold and gems.

Who Is Money Trader?

The “Money Trader” is a normal noob in the “Noob Army Tycoon” game whose work is to exchange gems in exchange for money. For a money trader noob, you need to buy him first near the mine location for about 5000$. After that, you can exchange 100 gems for 10,000 money.

The “Money Trader” noob has a yellow-colored boat and by using it, he can transport all collecting gems to the army base. Where you can access these gems to buy normal pets and hats creates.