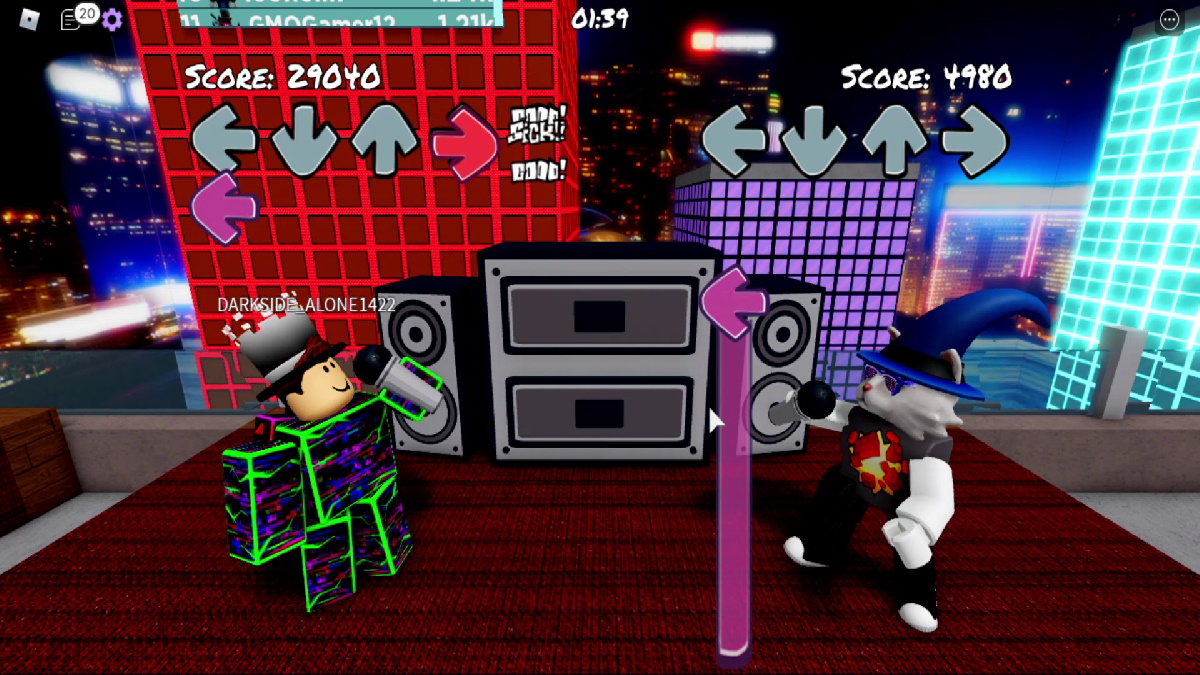 The Funky Friday is a new kind of “beatbox battle” game on the Roblox platform. It was created on 2 February 2021 and developed by the “Lyte Interactive” game group. Its game concept is very simple, you and your opponent start a Rap song battle to score high. Where in this battle each player must match their directional arrows in meantime according to the background music. The only player who gets higher points will get precise matches of directional arrows.

What Are Funky Friday Game Codes?

The Funky Friday codes are those pieces of text used for free game points, animations, and other rewards. Although, there is blue colored “Twitter” bird icon on the top of the left side screen, which is a code redemption option. Where the player can redeem their game codes.

Who is Bom in Funky Friday?

The “Bom” is the name of a shopkeeper in the “Funky Friday” game. He allows you to purchase different “Animations” and “Points”. The Animations are only purchased by points that you earn from previous music “Rap Battle”. These animations require too many points to purchase them so keep battling with other players for more points. You can also buy some “Points” by using Robux money.

Note: Points are used for cosmetic purposes only and don’t affect gameplay

Can We Use Music Ids In Funky Friday?

No, the game developer didn’t provide any option where you can put Roblox music codes and ids to listen to your favorite song during the gameplay.