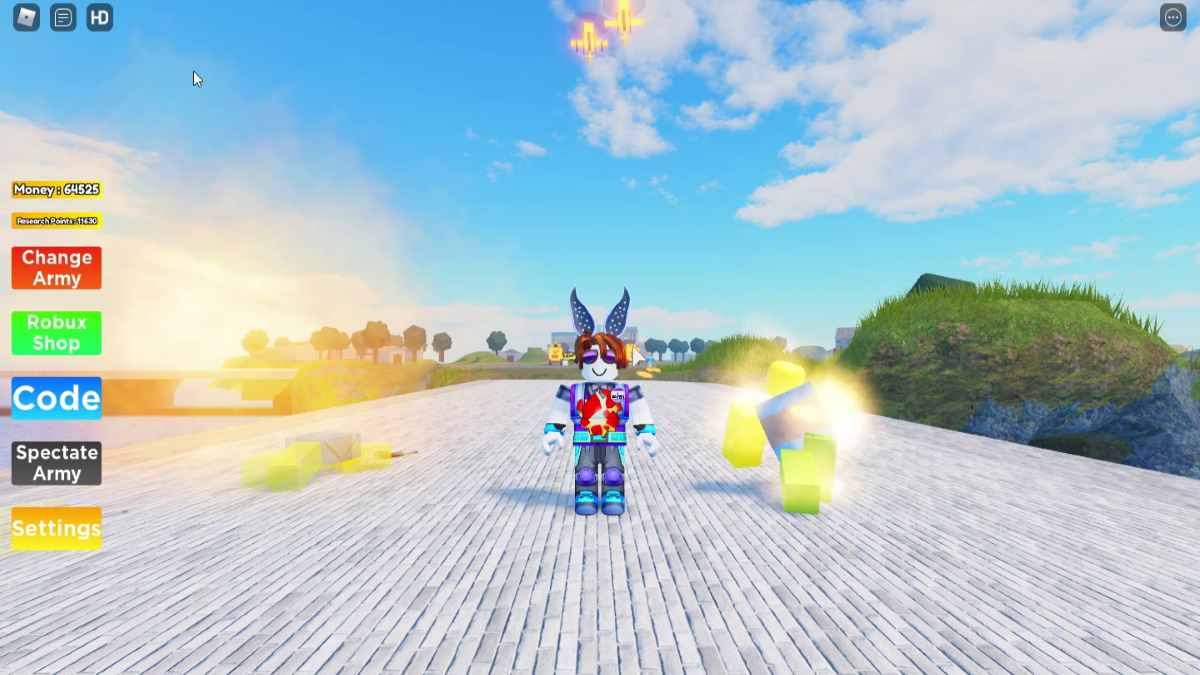 The Roblox Noob Army Tycoon is a “battlefield” game where a noob’s armies attack each other with their heavy-duty armor vehicles, and gunners. In this game, there are four teams and each team has its own noob army. The game was developed and created by The MLG Gang group on 4/4/2021 and a maximum of 4 players can play at a time.

If you’re playing this game for the first time then you must build your army base where your gunner troops will stay. There are basically many building blocks in your army base and we will discuss all of them with their functions and abilities.

Your troops will stay in this area where they rest and heal themselves. Some of the troops get died during the attack on other noob armies. After that, they will respawn at their respective campsite. Each camp can hold up to eight noobs at a time and for a new noob, you need to spend some game currency to buy them.

As the name tells, the research center is a building where you can do scientific research for new vehicles, for example, light vehicle Anti-Air missile defense systems, attack helicopters, super-heavy tanks, multiple rocket launchers, etc.

The Army Headquarters building is a place where all army attack decisions take. In this building, you will find all the army officers and noob workers. And their work to send reinforcement and other attack vehicles.

In this area, you can park your attack vehicle and other missile systems.

In this center, you can customize your noobs by equipping many cosmetic items like hats, faces, and colors. While you can also change the weapon’s color and skin. Although, players can’t buy weapons in the game yet. Below is the list of gun skins, you can buy…

The office building is situated just behind the army base camp. In this building, Noob workers work and generate +1 money, every 1 second.

The flower building is situated beside your office building and here you can do farming of different flowers. For 100 flowers players will be rewarded with 500 gems.

Noobs are the main game characters and act as an army troops. There are many different noobs in the game, which work as both troops and workers.

What Are Money & Research Points?

The “Money” and “Research” points work as a game currency and by using them you can buy more noobs, and vehicles, and customize your army base. Where “Research” points are used for new vehicle research and development. As you build up your army base further the more money and research points you will earn. You can also earn 50 money by working as a noob in the headquarter building.

However, there is an alternative way to earn both “Money” and “Research” points by using our “Noob Army Tycoon Codes“.

There are many game tools and weapons in “Noob Army Tycoon” but we found only one tool for now. Further, as we play the game deeply more tools will appear so stay tuned with this section.

The speed coil is a speed booster tool that increases your speed. You can get this tool on the Army Headquarters’ second floor.

The dual-speed coil will work just similarly to a normal “Speed coil” speed booster. The only difference it makes the player’s speed double. You can buy this tool for 10,00000 $ on the Army Headquarters’ second floor.

As the name suggests it is the fastest speed coil in the game that’s why we call it “The super-speed Coil” speed booster. It has more speed compared to the “Dual Speed coil” and you can buy this tool for 10,000,0000 $ on the Army Headquarters’ second floor.

Using this tool you can launch air-to-surface missile attacks on the other noob’s army troops. But this missile needs to be researched first in the research center.