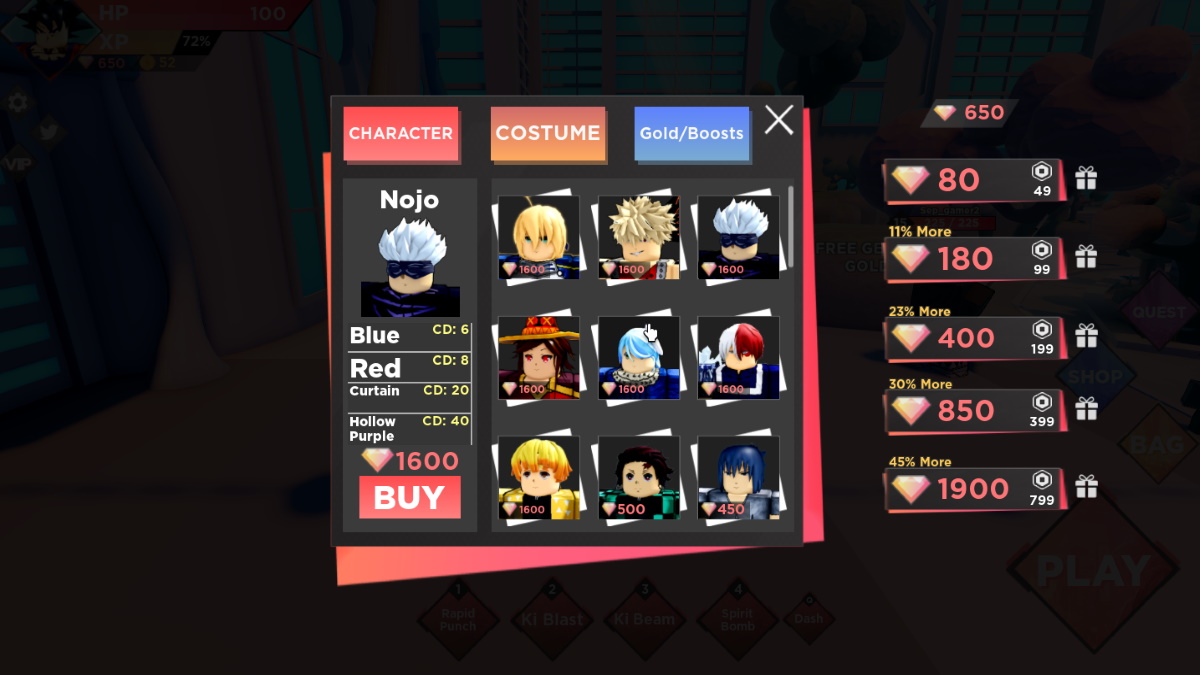 The “Roblox Anime Dimensions” has lots of in-game characters and costumes, where costumes help players to customize their character’s look. However, each character has different powers and unique abilities. Every player has a default character when they play the game for the first time. In my case, it was “Roku” which has 4 different abilities.

Let us know, in the comments if you want to change a tier of any costume and character.