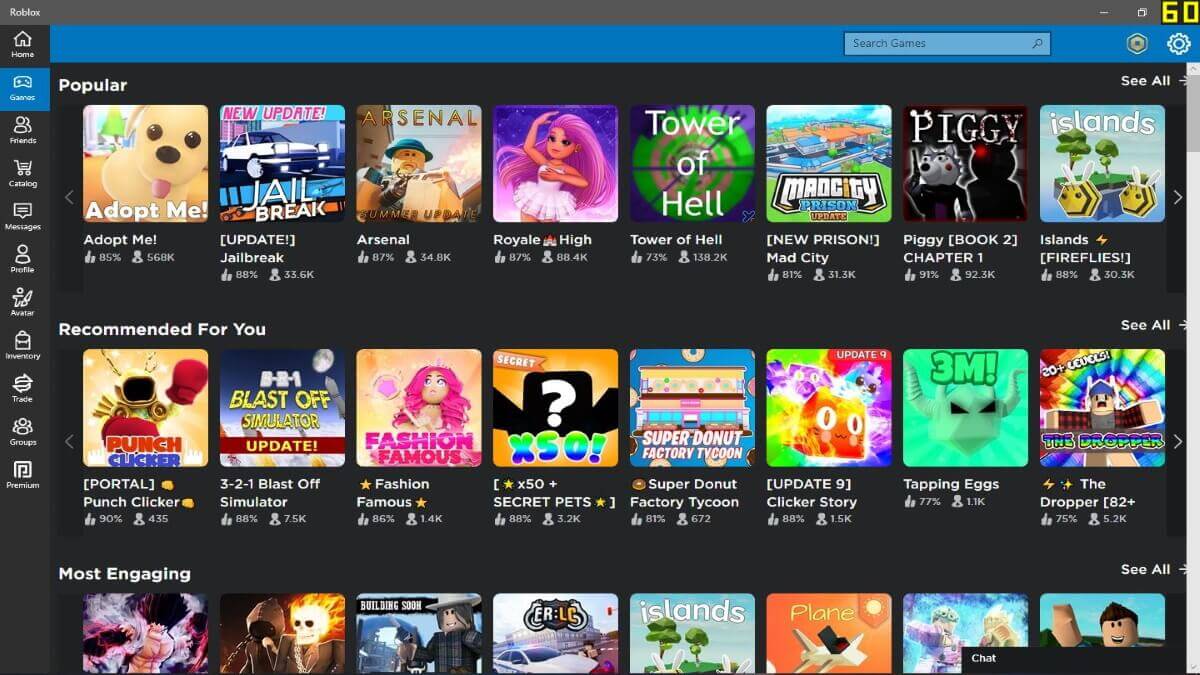 The Roblox FPS Unlocker is an application or software that unlocks the FPS (Frame Per Second) functionality in the Roblox game. This program is available both for Windows PC as well as mac OS. Many Roblox users may find it difficult to unlock this function.

But in this post, we will tell you how to unlock FPS in the Roblox game with FPS Unlocker. If you are worrying that it might be illegal and you can be banned by Roblox then it is not true. Roblox has mentioned on its official website that FPS Unlockers are allowed for everyone.

Here are some frequently asked questions by Roblox users that might help you to understand FPS unlocker better.

How does FPS Unlocker work in Roblox?

FPS Unlocker is a third-party program that is used to increase the frame rate (FPS) in games on the Roblox platform. It works by modifying the game’s code to remove certain performance limitations and improve the game’s overall performance.

It is important to note that using third-party programs such as FPS Unlocker to modify the game client is against the Roblox Terms of Service. Using such programs can result in your account being banned or terminated. Additionally, these programs may also be harmful to your computer and put your personal information at risk.

It is always recommended to play games on the official client and to not use any third-party software or programs that could affect your account security or the game’s performance.

However, Roblox doesn’t allow the FPS extensions to show their functions while playing it. So, you need to download an FPS Unlocker to use this function. When you install the FPS unlocker, it changes the In-game overlay function of Roblox and allows third-party FPS monitor programs to show FPS.

Here are some questions that may also raise in your mind too about the FPS unlocker.

To download the RBX FPS Unlocker, you need to search for it on different websites. If you ask us then we’ll recommend Github because it is a trustworthy site that provides different applications from different developers. Download the FPS Unlocker according to your system capability.

How To Use or Download FPS Unlocker For Roblox?

Why does FPS Unclocker Not Work Sometimes?

Roblox has taken its privacy policy to the next level due to various reasons. Sometimes, your windows and mac’s security program consider it a threat and blocks its permission to run. Roblox also doesn’t allow screen overlay while running because it can cause a misconception about the app. These types of applications contain malicious files that may harm the game, so they don’t allow it.

How do you speed up FPS on Roblox?

Sometimes your PC is running other applications in the background which may decrease the FPS rate. Check for such applications and terminate them all. Also, check your graphics quality, if it is set too high then reduce the graphic quality. You can also upgrade your internet connection to speed up the game. Upgrade your graphic cards for a better gaming experience at Roblox.

On What FPS Does Roblox Run?

Roblox runs at 60 FPS which is the default frame rate for maximum games. If the FPS increases more than 60 then your avatar will start moving in a disfigured way.

How To view FPS in Roblox?

When you download an In-game overlay tool that performs FPS, screenshot, and screen recording of the game. They start automatically showing the FPS when you open a game and play it. But, it is not the case with the Roblox game, you have to download it first.

How To fix FPS Unlocker, If It Is Not Working On Roblox?

If you have successfully downloaded the FPS unlocker file from Google Chrome or from other browsers then it’s good. Because if you try to download it from the Chrome browser then gives you a warning that ” the file may be dangerous” for your PC. In that case, you have to choose to keep the file on your PC in order to run it.

If you face any problem opening and storing the program on your PC then first turn off your Anti-Virus program. Because your PC Anti-Virus will consider this as a spyware program.

How To Install FPS Unlocker?

After this, open the file you just downloaded and run the program setup and complete the installation process. When the installation will be complete, click on the open button to start the program. Now you have successfully installed the Roblox FPS unlocker program on your computer.

Open the Roblox game and start your FPS monitor – In-game overlay software to check your FPS in Roblox. We use “FRAPS” to monitor FPS in Roblox, you can download any “in-game-overlay” program to monitor your FPS.