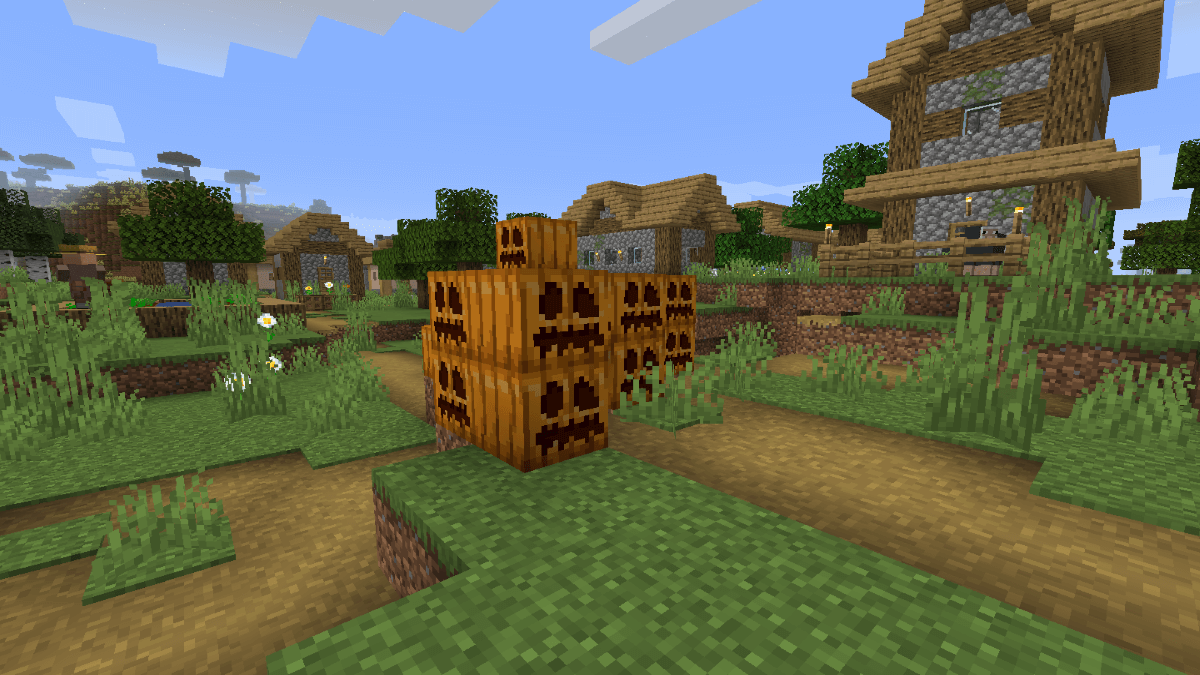 In Minecraft, pumpkins are a type of block that can be found naturally in the game world. They can also be grown by planting pumpkin seeds, which can be obtained by breaking pumpkins or by trading with villagers. Pumpkins can be used to make pumpkin pies and also can be carved into jack-o’ lanterns. Pumpkin heads can also be worn as a helmet for the player character for protection.

The Pumpkins are the main attraction if it is Halloween or is coming. These pumpkins are useful for safety from the golems in the Minecraft game. In this post, you’ll know how you can simply carve stylish pumpkins and know about the Pumpkin Pie Recipe.

How To Carve a Pumpkin in Minecraft?

To carve or craft a pumping in Minecraft, you’ll need to find some pumpkins in the game. The pumpkins are basically found in the biome, near the villages, and on the plain grounds. These are just block-like structures of yellowish-orange color on the ground.

You’ll need a pair of shears to carve the Pumpkin in the game. Equip the shears and go near the pumpkin on the ground. Use the shears and cave the pumpkin to shape it like a stylish one. You can finalize the carving of pumpkins by adding them to the crafting table with a torch. When it is done pick and add the pumpkin to your inventory.

How To Equip the Carved Pumpkin?

Equipping a carved pumpkin on your head is very easy. You have to go to the inventory by pressing the “E” button and selecting the pumpkin. Drag the selected pumpkin to the head section of your character in the game. Now, you can see what you see inside a pumpkin head on Halloween. This pumpkin will also protect you from monsters like Golems.

Feeling hungry in Minecraft, Pumpkin pie is a good option to defeat your hunger. We’ll tell you how you can easily prepare Pumpkin Pie.

Steps To Carve or Craft a Pumpkin Pie

Follow the given steps to make the Pumpkin Pie…