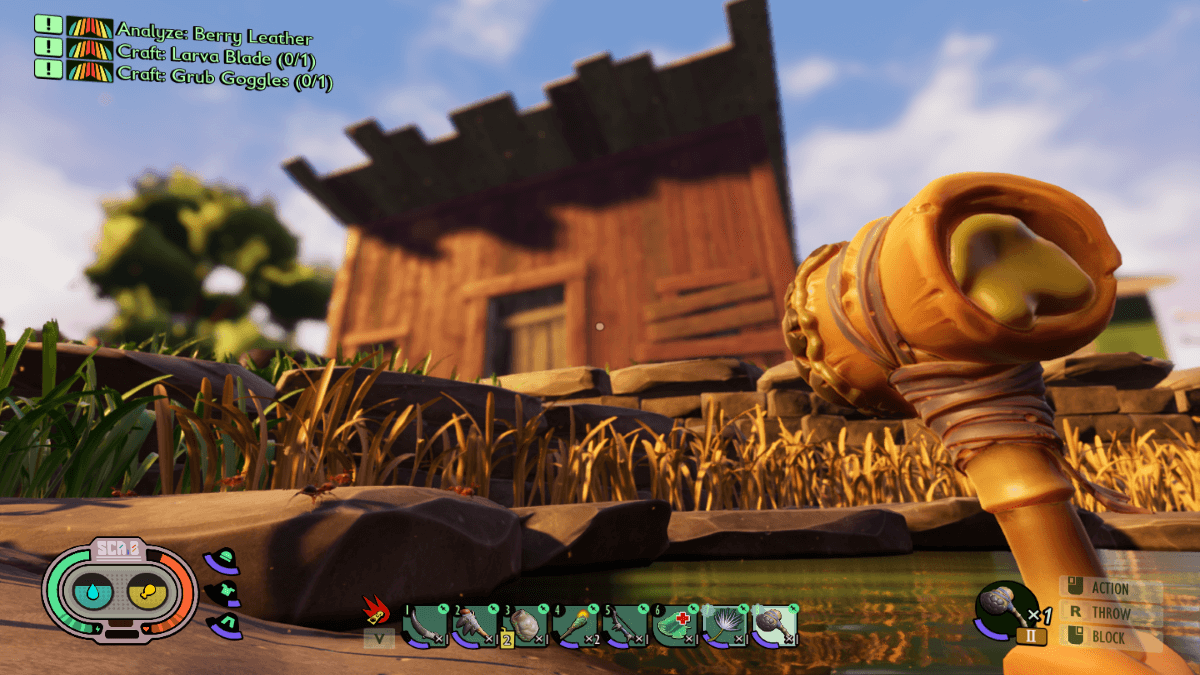 Insect Hammer is a powerful tool that you can use to break pebbles, sap, and quartzite. You can also defend yourself from bug attacks with the hammer. In this post, we will tell how to get and craft an insect hammer in the Grounded game and the items that you need to craft it.

You will need the following items to craft the insect hammer…

You will need a workbench to craft the Insect Axe. If you don’t have workbench then craft one first with our guide ‘How To Craft Workbench in Grounded’.

You need to kill stinkbugs for their parts. Look for the stinkbugs near the dry grass jungle as they are wandering there. Don’t go too near the stinkbugs because they release harmful gas in their defense and can also hit you. You can use the insect bow to hit them from distance. After killing the bugs, collect their parts, and analyze them.

For the boiling gland, you have to kill a Bombardier beetle. It is an angry bug which splits hot acid type liquid. If the beetle splits it on you then you will lose your health. You can easily kill the beetle with your Insect Axe or Bow from not getting engaged with the acid.

How To Craft Insect Hammer?

First of all, take the above items to the research center and analyze them. It will add Insect Hammer in your list as a new crafting idea. Then go to the workbench that you have already crafted. Open the crafting menu now and select workbench gears. Search for the Insect Hammer in the list and click on it. After that, click on the “Craft” button at the bottom.

We hope this guide will be helpful for you in crafting Insect hammer. If you find any problem in the post, please let us know.