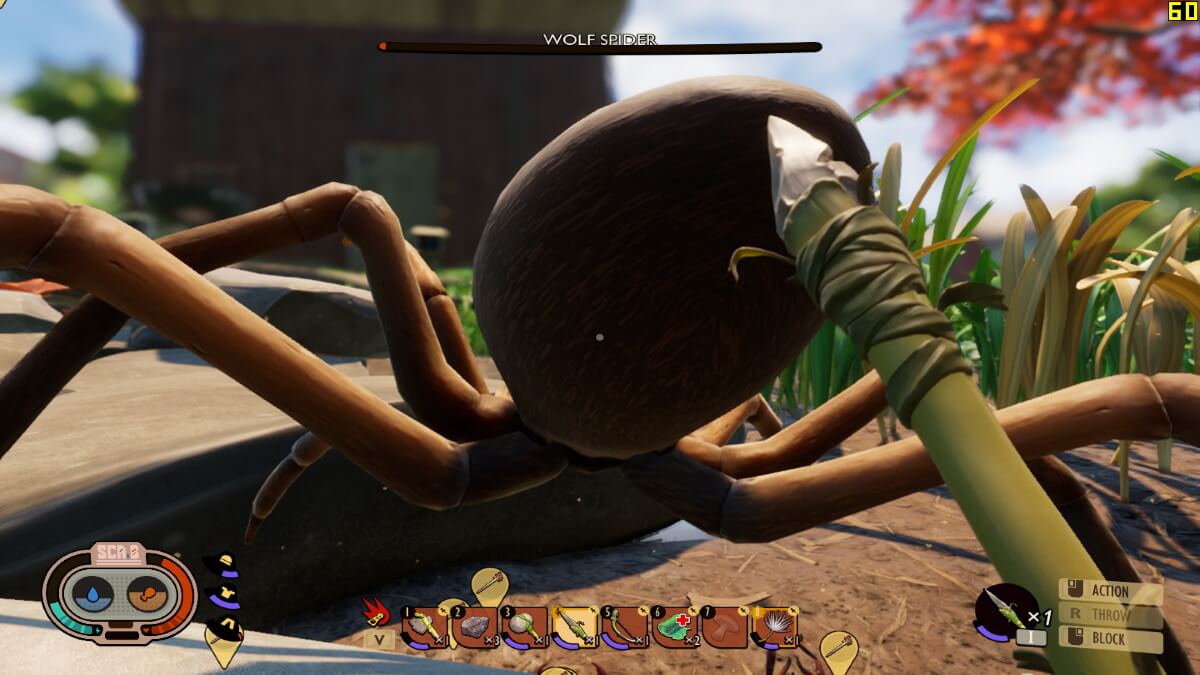 The Wolf Spider is the biggest Insect in the Grounded game and the most difficult insect to kill. In this post, we will tell “How To kill Wolf Spider In Grounded“. The need to kill it for its parts. You will need various parts like the “spider fangs” and their Venom to craft the higher-level tools in Grounded like Insect Bow and Venom Arrows.

It seems impossible to kill the Wolf Spider when we started playing Grounded. But after using some tricks, it became very easy to kill the Spider. We are sharing all the tips and tricks in this post that will help you in killing the Wolf Spider. This post will be helpful for you if you read it completely.

The first thing you remind before having combat with Wolf Spider is that you must wear your Armor. After that, gear up your tools to kill the Wolf Spider. Don’t get so close to the Wolf Spider that he kills you before you blink. Because it is the fastest of all the insects in Grounded.

Trick 1. Firstly interact with the spider from a quiet distance, so that it will not able to catch you. Now find a place where you can trap the spider and hit it easily. It may be bushes, Oak leaves, or caves where you can trap it. When the spider got trapped then you can easily give him the damage and kill it. There are also spiderlings there which also attack you. So, you also have to get rid of it if you find one.

Trick 2. You can also take the help of other insects that deal great damage like ladybugs or Soldier ants. Firstly, interact with them and take them to the Wolf Spider. When you reach the location then hit the spider and run away.

What Are Spider-lings In Grounded?

Spiderlings are the baby spider of the Wolf Spiders that are found near the wolf spider caves or wherever the spider lives. These will attack you when you go close to them and screams very loudly when they die. You will obtain only three spider webs from the spiderlings.

So these are the few tips & tricks by which you can kill Wolf Spider. While you can also check our post “how to kill Ladybug in grounded” game.